Glutathione is known as a powerful antioxidant that has gained a lot of popularity through the years for its proclaimed health benefits.

Some people claim that it’s the best anti-oxidant ever, some swear by its healing properties and claim that it can treat autism, increase fat metabolism and prevent cancer.

Well, what is it and how does it impact the system of our body? Read on for more information about this claimed master antioxidant and what has been said about its effectiveness.

Glutathione is the powerful antioxidant produced naturally by the liver which is one of the unique features that most antioxidants don’t possess. It is found in fruits, veggies, and meat. It is present in every cell of the body and is made up of three types of molecules constituting the amino acids.

Amino acids form the proteins in the body by combining different patterns. It is known for its important functioning in the body. Having a close observation at the biological aspect of Glutathione then, it is a molecule made up of three amino acids namely: L-Cysteine, Glycine, and L-glutamic-acid that has a wide-ranging effect.

The key difference between glutathione and other antioxidants is that you are dependent on other supplements for most of the antioxidants. While your body makes Glutathione on its own in a natural way and this is the reason that it is called an “essential nutrient.”  This unique feature impacts the body positively.

What Does Glutathione Do?

Now that you know about this miraculous antioxidant, the time is to know about the functioning of this master nutrient. Scientists have been exploring this magical substance from quite long, and the results have been so far impressive. PubMed is a free search engine primarily accessing the Medicine database of abstracts and references on life sciences and biomedical topics. Around 130,000 studies have been published on PubMed regarding glutathione and its effects.

Now let’s have a look at some of the most crucial benefits of glutathione:

Glutathione, being a powerful antioxidant, neutralizes free radicals, unstable oxygen molecules, and heavy metals within the body. This helps in avoiding a large number of negative consequences such as premature aging, fatigue, gut disorders, and neurodegenerative issues. Moreover, it has great importance in biological processes.

The proceedings of the Nutrition Society had published one fascinating study that describes how this process works. Glutathione balances the lymphoid cells which in turn strengthens the immune system. It facilitates biological processes such as DNA synthesis, that is “exquisitely sensitive” to reactive oxygen. And, even a slightest of the change can disrupt the entire system. Moreover, Glutathione protects the activated T-cells which helps in strengthening the immune system.

Endothelial dysfunction is a major risk factor for cardiovascular problems. And, the reason behind the problem is the failing functionality of endothelium. One study gave glutathione to its patients with atherosclerosis. It significantly improved endothelial function which enhanced the nitric oxide activity.

Glutathione helps detoxify the liver and the liver, in turn, detoxifies the body. It plays a huge role in helping the body to process the toxins from the food and your environment. According to a candid study where people suffering from liver cirrhosis and those leading a healthy life were compared, the key findings were the reduced glutathione levels in the body of the patients suffering from liver cirrhosis.

Glutathione revealed a lot about some of the exciting researches that wholely focused on anticancer effects. A review published in the journal Cell Biochemistry & Function gives a great idea of the miraculous properties of glutathione. The researchers noticed that glutathione is crucial for the removal and detoxification of carcinogens, thanks to all the antioxidant effects of this magical nutrient.

Glutathione is an abundant natural tripeptide found within almost all cells and is highly reactive. Well, glutathione can work both ways by acting protective and pathogenic. However, by conferring resistance to various chemotherapeutic drugs, elevated levels of glutathione in tumor cells can protect such cells in bone marrow, breast, colon, larynx and lung cancers. Moreover, it prevents the collapsing of the antioxidant systems that lead to cell regeneration.

So these were some of the benefits of the magical nutrient glutathione which is considered as the mother of all antioxidants.

Glutathione forms the most important antioxidant which is produced naturally in the human body. And, it is crucial for our health that our body produces it naturally. This humble composition of amino acids helps you from oxidative stress along with all the health conditions that come with it. Moreover, raising glutathione levels in the body by completely depending on the diets that are rich in glutathione is not the only way.

You are advised to do everything that can optimize the level of glutathione in your body. That’s because the relationship between the powerful antioxidant and other aspects of your health is complex and interdependent, and let nature take care of the rest!

Are you worried about the glutathione levels in the body? Do share your experience with us! 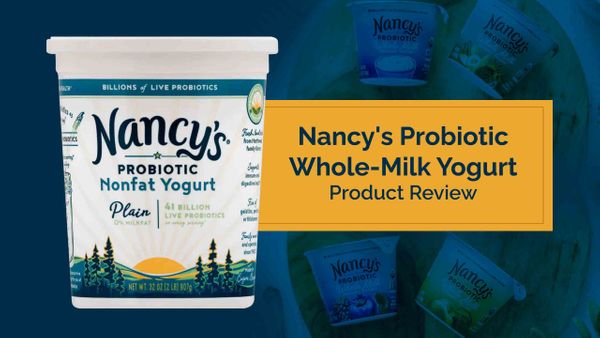 Nancy's Probiotic Whole-Milk Yogurt is prepared with pectin and contains hormone-free milk. It is a must-buy product for those who do not like gelatin. 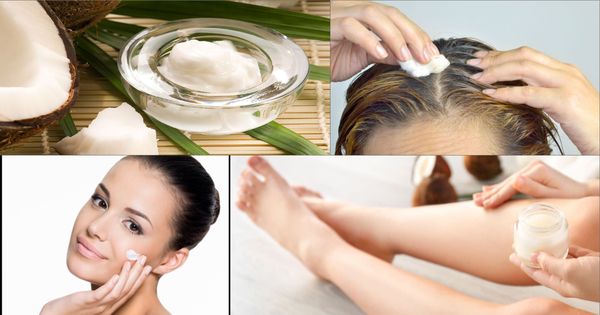 Coconut oil is the oil used widely for different purposes. It is known for its healing properties and beauty benefits since ancient times. Let us have a look at some incredible uses of this sweet smelling oil.