Outer ear infection, medically known as otitis externa or external otitis, is the inflammation that occurs in the outer opening of the ear and ear canal (connecting outside of the ear to eardrum).

Swimmer’s ear is a very common type of otitis externa. It is often the result of exposure to moisture. It is common among children of age 7-12 years, teens and elderly who swim a lot.

The condition may be acute or chronic; acute cases last less than 6 weeks and chronic cases last for over 3 months. In most cases, the acute condition occurs because of bacterial infection and chronic condition is due to allergies or autoimmune disorders.

Otitis externa affects nearly 1-3% of people every year of which over 95% cases are acute. And nearly 10% people become affected by it sometime in their lifespan. Males and females are equally likely to be affected by the condition. Also, those living in warm and wet climates have more chances of being affected.

Here are the signs and symptoms, causes, risk factors, diagnosis and treatment of otitis externa. 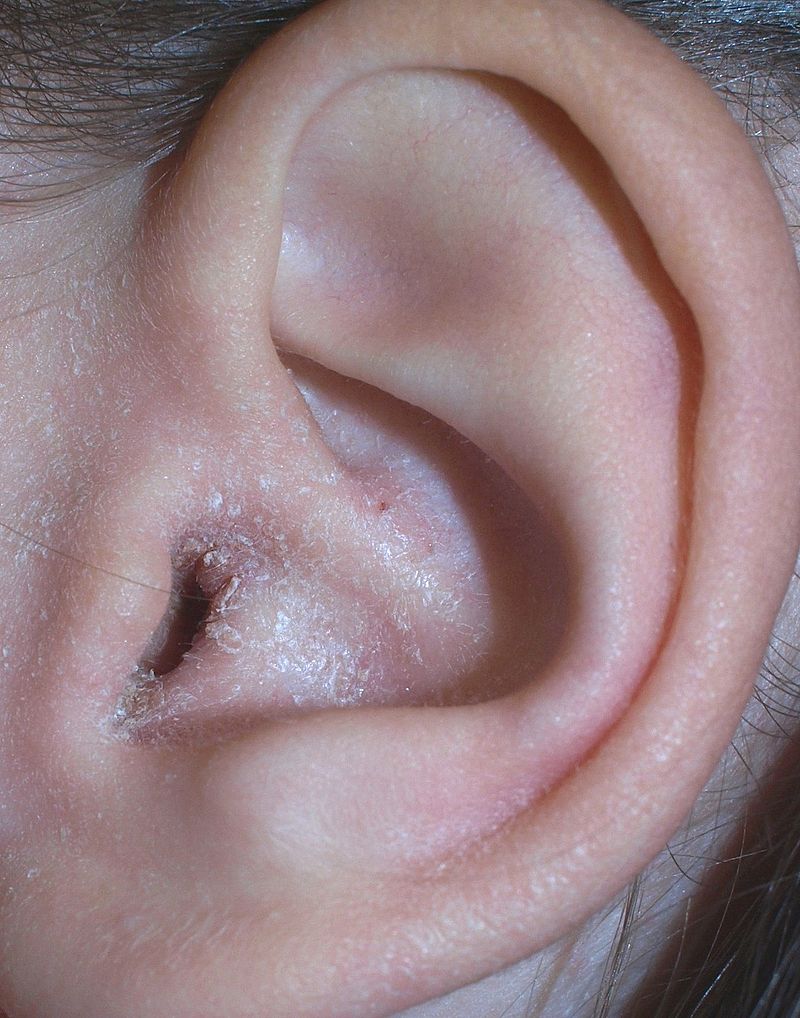 In otitis externa, the affected individual experiences these signs and symptoms:

In few cases, it may even lead to decreased hearing or cause temporary conductive hearing loss. High fever is usually not there except in severe cases. In this type of ear infection, the pain aggravates when the outer ear is touched or pulled even in a gentle manner.

The severe pain in head, face or neck can indicate that the infection has significantly progressed. Swollen lymph nodes may also signify that the infection has advanced. As the symptoms of external otitis cause several people to attempt cleaning (or scratching) of their ear canal using thin implements. And these self-cleaning efforts usually cause additional traumas of the injured skin, causing rapid worsening of the condition. 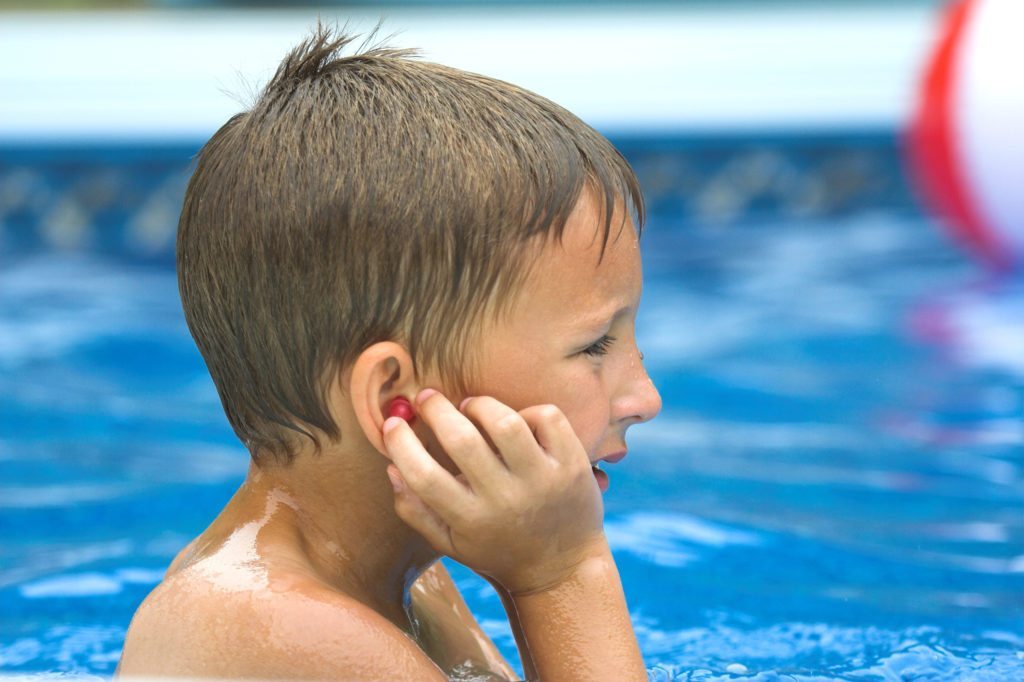 Otitis externa is a form of waterborne disease which can often be caused by swimming in the water polluted by any of several bacterial and fungal species (Candida albicans Aspergillus, Pseudomonas aeruginosa and Staphylococcus aureus).

The two factors causing development of external otitis are presence of germs infecting the skin and impairments in the integrity of ear canal’s skin which allows infection to happen.

Showering (water trapped in ear canal after shower especially during humid climate) or cleaning your ears too frequently can also make the ears vulnerable to infection. If the ear canal is narrow, it will trap the water inside. And as children’s ear canals are narrower than adult’s, the children are more likely to have the infection.

The risk factors for acute cases of otitis externa include cleaning with hearing aids and ear plugs (minor trauma), swimming, allowing water to remain in ear canal for long and other skin problems (psoriasis and dermatitis). Also, the people with diabetes are at a risk of having severe form of this condition. Moreover, using headphones or hearing aid, skin irritation from hair products skin allergies, and eczema also further the risk of developing otitis externa. 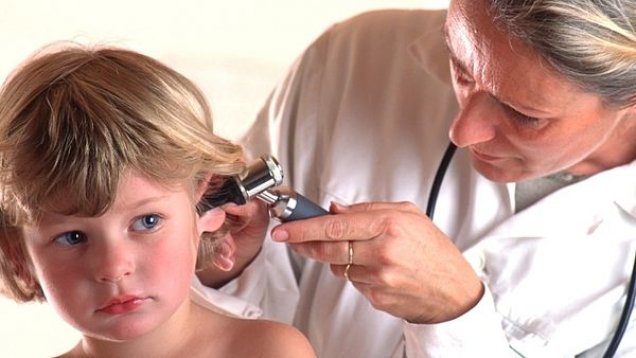 The diagnosis of external otitis is carried out based on the signs and symptoms. In most of the early cases (exceptional case is ear pain when moved or touched), the diagnosis is missed out as the examination of ear is quite normal.

In some of the early cases, lack of earwax is found. As a moderate or severe case of external otitis is resolved, it may take weeks for the ear canal to show normal amount of earwax.

The outer ear infection can usually be diagnosed by examining the symptoms of the patient and looking through patient’s ear using an otoscope. Although, it may be hard to look at the eardrum as the ear canal narrows due to inflammation and presence of debris.

In some cases, its diagnosis is assumed and more visits may be needed for complete examination of the ear. The drainage culture may help in identifying the bacteria or fungus causing infection. But it’s not part of the regular diagnosis.

The swimmer’s ear may resolve on its own without treatment. In acute cases, the doctor-prescribed antibiotic ear drops (ofloxacin or acetic acid) are a very common treatment for an outer ear infection which doesn’t resolve itself. The acetic acid ear drops are used for prevention. Steroid drops may also be used in addition to antibiotics.

The pain medications like ibuprofen can be used for relieving pain. The oral antibiotics are usually not recommended unless the patient has poor immune function or skin infection around the ear. The improvement is usually seen within a day.

The treatment of chronic cases depend on the cause. For reducing the swelling in ear canal, the doctor may prescribe antibiotic drugs mixed with steroids.

In case of otitis externa due to fungal infection, your doctor will prescribe antifungal ear drops. Such an infection is more common in people having diabetes or poor immune system. Over-the-counter pain meds such as ibuprofen or acetaminophen can be taken but they may be prescribed by doctor in the extreme cases.
Image Source:
1) wikimedia
2) virginiaent
3) aktivityprozdravi
4) tqn 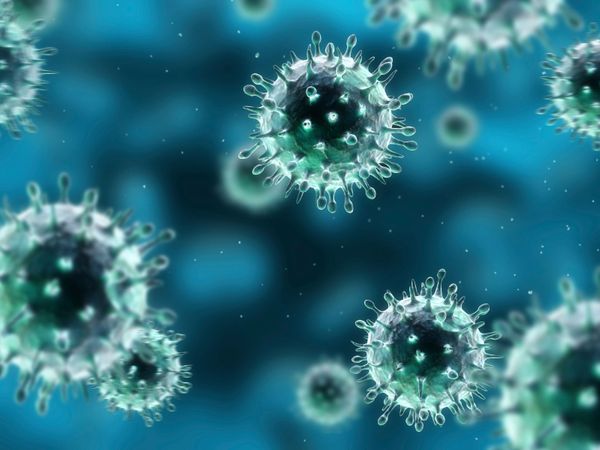 Amoebiasis is an infectious disease spread through water or food contaminated by Entamoeba histolytica. Here are the symptoms, causes, diagnosis, prevention and treatment of amoebiasis. 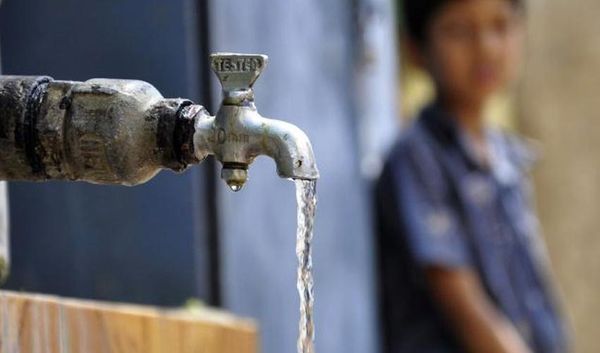 Water is an important life element for our survival. When it becomes contaminated, several diseases are a result. Read on here to know about the water-related diseases that occur due to contamination.